Footlighters is the Hanover High School theater group advised by Terry Samwick. We put up three shows a year: 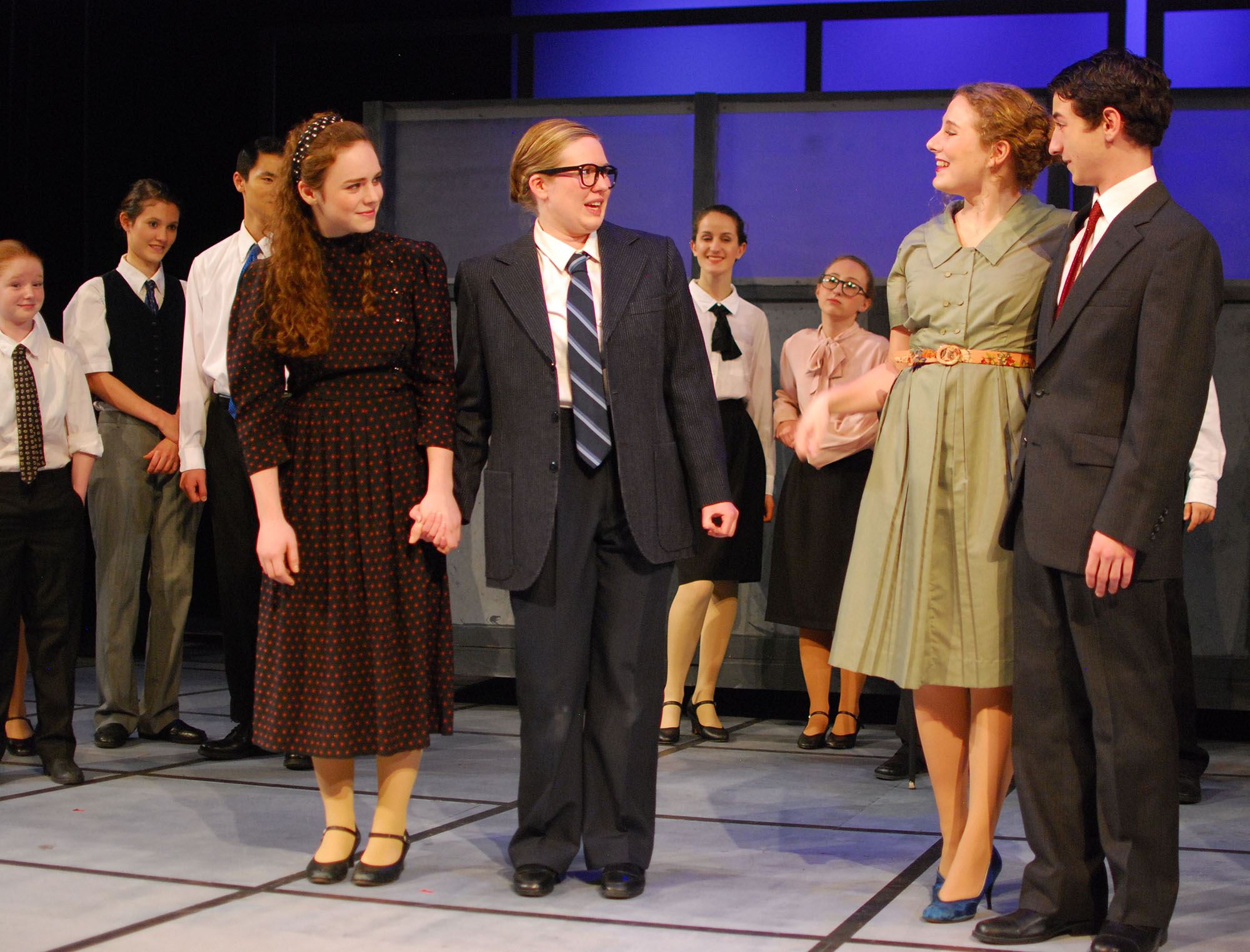 The fall play is a classical play such as Shakespeare, Moliere or Sophocles. Everyone who auditions for the fall play receives a part, making it a great opportunity for student to get involved even if they've never acted before.
The winter play is a modern play which typically has a smaller cast. Recent shows include The Dining Room, The Government Inspector, and The Laramie Project.
And the spring play is a musical. All students who audition receive a part. Even if you do not think of yourself as a singer or a dancer, we encourage you to audition and come learn with us.

All shows have a tech crew. We generally work on the set on Saturdays. Participating in set builds is a great way to get involved and meet other people on the crew. For the last two weeks of every show, the crew comes to daily rehearsals. We try to train people to do many jobs--lights, spots, sound, backstage crew, hair/makeup--so we can count on you to participate in many ways.